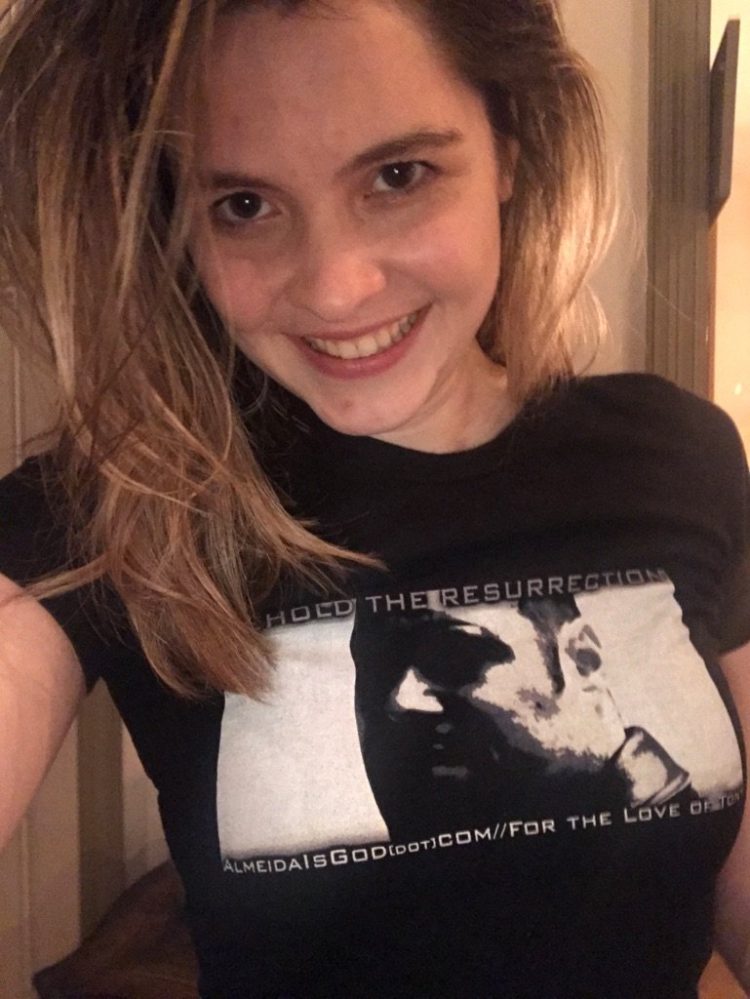 Kasia and I talked last night about how much has changed since we last spent time with our favorite fictional deity. The man himself has changed – the Tony we saw last night (and how crazy is it to be saying that, all these years later?!) was yet another variation of the character that we’ve followed across six seasons, a special feature, and for some fans, almost sixteen years.

I can – and have – written many thousands of words about Tony’s character development over the course of the show, but with this latest “resurrection”, I’m reflecting a lot more on my own. I was twelve when I first stumbled across this site in 2005, having marathoned the first four seasons of the show with my family and become frustrated that they didn’t seem to feel the same sense of deep, almost overwhelming, investment in the characters that I did. I vividly remember watching the season one finale for the first time: the five of us crammed on a hotel bed in London, huddled around my dad’s computer, and having to stop fifteen minutes in because I had a panic attack at seeing my favorite character (not Tony, believe it or not!) suddenly switch from trusted partner to ruthless villain.

This site was a balm. Here were people who were every bit as attached to the characters and invested in the various dynamics as I was. Here were people who wanted to talk about the show at length, to speculate and analyze and argue, and to share the experience of watching each new episode unfold. In 2006, the year that season five aired, I wrote and learned more about story and character analysis than I did in the entirety of middle school.

Anyone who remembers visiting this site during that time will probably remember the sheer outrage we felt over season five, not only over Tony’s death but over the sense that shock value had been prioritized over story and character. You probably remember the celebration and revitalization that came when Tony returned in season seven, and the lengthy, fervent conversations we had with each other trying to make sense of his eventual traitorous turn. All of that energy and passion – it was, at the end of the day, fun, because even when the show was letting us down (and it did, over and over again – I still don’t like to think about seasons six or eight), there was a community to share it with. As a kid in middle/high school who was experiencing a lot of health problems, I needed that.

I’m a little older now, a little more balanced, and a lot more self-aware. Part of that awareness is realizing that just because Tony is back, I can’t go back to that version of myself. It’s a little sad, the same way it’s a little sad to return to places you loved as a kid, or to reunite with an old friend only to realize that things aren’t quite the same. You can’t go home again.

But that’s all right. I may not be up all night after an episode discussing every detail of what played out, but seeing Tony onscreen last night, I got a little shiver down my spine. I beamed when he first appeared onscreen, laughed when he told Rebecca “That’s gonna be an awkward conversation”, cheered when we heard his signature “Yeah, alright”, and had a massive “WHAT?!” moment when he revealed that he had had a relationship with Rebecca after his wife died. How did that happen? What’s the story there? I’m excited to get to know this version of Tony, and to – hopefully – enjoy callbacks to the previous versions that we’ve known.

And in a wonderful example of “the more things change…”, after the episode, I got online and talked to Kasia about what we’d just watched. The conversation was a little more sedate than it might have been the last time we did this in 2009, but the best part of my time in the 24 fandom was getting to know so many wonderful people, including a few that remain friends to this day, and a few that have played fundamental roles in shaping me as a young woman. The return of Almeida wouldn’t be nearly as exciting if I didn’t get to share it with the people who helped make him so special to me to begin with.

So whatever happens this season – and I’m preparing myself for the fact that we may well say a final goodbye to Almeida – I’m glad that he’s come back. I dug out my old Almeida Is God shirt the other day and was elated to see that I can still wear it. It fits differently than it used to, and I probably won’t wear it too often, but it’s been really nice to try it on again and relive such a fun and important part of my life with the new priorities and perspectives that time has granted. And the clock is still ticking!