I can honestly say I never thought I’d be here. Writing an episode post-mortem for new Tony footage on AlmeidaIsGod.com in the year 2017, two and a half years after 24: Solitary toyed with the possibility of another Tony comeback, seven years after the eighth season of 24 aired the supposed series finale, eight years (eight fucking years!!!) after we saw Tony carted away in handcuffs and fallen from grace at the end of season 7, and just over thirteen years since I first launched this website.

Please bear with me, because this is going to be rambly. A lot has changed in my life since AIG mostly wrapped up at the end of season 8. The biggest change is that I am now a wife and mother. My nine-month-old son Troy keeps me very busy, hence the reason I posted absolutely nothing when 24: Legacy was announced, or when news broke that Tony Almeida’s return would be a key feature of the revival. Also why it’s taken me so long to get this post done. At least, in part. The other part is some difficulty finding flow and returning to the headspace of hardcore fandom. I’m not sure I can do the whole thing justice.

Truth be told, when I first learned that 24 would be brought back in a rebooted franchise format with new characters and a new story in the same universe, a la Star Trek: The Next Generation, I didn’t have any interest in watching it. I really planned to skip it. It’s difficult to explain, but it just kind of felt like after all the emotional ups and downs of my fandom and my commitment to keeping the website going — the intensity of Tony’s dark turn and betrayal of Jack and Chloe in Season 7, then his absence from Season 8 which felt like a huge slap in the face given it was the final season, then Live Another Day and the hope of his return and redemption and the work of getting the website back up and running after it completely and utterly melted down and then being disappointed when the return never materialized, then the 24: Solitary special feature and more hope of Tony’s return in a follow-up season of LAD and more disappointment — after all of that, I finally made my peace with putting 24 fandom in the past. I moved on, and the idea of revisiting 24 with a “new hero” and none of the characters I previously invested in seemed akin to revisiting the house you grew up in as a kid decades later. It’s the same house, but it no longer feels like home. 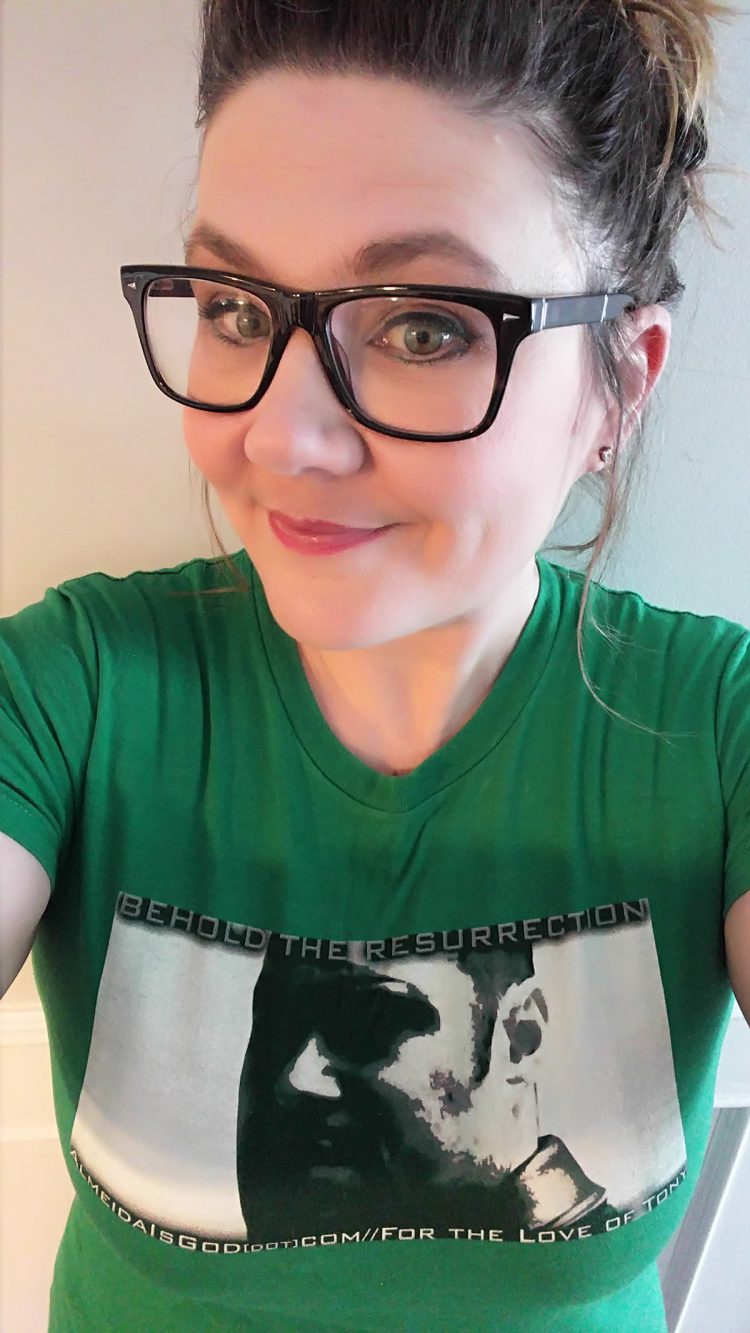 Couple all that with a new baby and a sincerely functional need to keep my viewing schedule manageable, and I just thought, no. I can’t do it. Then they announced Tony would come back in Legacy. Obviously, that news changes everything. So, I dug my “Behold the Resurrection” t-shirt out of storage for the long-anticipated return. Shockingly, I can still squeeze into it.

But I am not all in yet. I have been watching Legacy since the first episode, because I felt it was important to understand the full context of Tony’s return. I have not been blown away by it, and I am totally unable to give it the same level of care and attention during live broadcast like in the old days. These days, it’s all PVR for this mama. But I have been quietly anticipating Tony’s return for awhile, and it is FINALLY here.

A little more background, right after my son was born and I was getting no sleep, I was binge rewatching everything I ever loved, including 24. It was the first time I rewatched the entire series since it ended in 2010. It was the first time I was emotionally ready to do so. My reticence could be compared to that which one might experience about hanging out with an ex after a long recovery from a painful breakup. For quite some time, I just didn’t wanna go there. (As a side note, Season 5 holds up a bit better for me now given some emotional distance). Once I got to the episode in Season 7 when Tony turns, I couldn’t continue. My rewatch stopped there. I didn’t wanna watch him be evil or kill Larry or betray Jack or any of that again! I defended Tony and the writers’ decisions regarding his character tirelessly on this site’s message forums back when Season 7 was airing, but looking back I’m not sure I would be as forgiving now.

So the return in Legacy is Tony’s opportunity for redemption, as well as a very obvious way of getting fans of the original show who otherwise might not have been interested in the revival on board. Personally, I just don’t see the point unless redemption is on the table. In a recent interview with The Hollywood Reporter, Carlos Bernard discussed a potential redemption arc for Tony:

[…] one of the things that I always wanted for the character was a chance to redeem himself. This is a guy who is basically a gun for hire now, and he’s really about himself. He’s really about surviving and taking care of himself, because he doesn’t really necessarily trust many people anymore, and he doesn’t necessarily believe in the government agencies anymore. And he’s been through a lot. He’s f—king damaged, like you said. He was in solitary confinement. If you have ever gotten an idea of what that’s like? That kind of solitude messes with a person.

I actually totally missed Tony’s real first scene the first time through this episode because I was too busy talking about being excited for Tony’s return with Avery on Facebook chat. It wasn’t until I started rewatching the episode with the intention of writing this post that I realized he first appears in a phone call with Rebecca, and not when he kidnaps Henry Donovan with badass black leather motorbike babe alongside. So I kind of failed at watching Tony’s big comeback properly. What can I say, I’m pushing 40 and I have an infant.

So, I’m not going to waste time with a play-by-play of Tony’s scenes in the latest episode, because I’m assuming we’ve all watched it by now. Let’s just launch right into thoughts and questions.

Thoughts coming out of the episode for me are:

1) Tony is obviously out of prison, so how did he get there in a manner where someone like Rebecca Ingram (Director of CTU National Headquarters in Washington) would believably task him with an off-the-books counter-terrorist operation? Solitary suggests he planned to escape — did that happen? If so, why is Rebecca fairly casually suggesting to her colleagues that she bring him into this operation? And if he is a criminal as Keith says, why isn’t he concerned that CTU is going to burn him and take him into custody after he serves his purpose? Did he get out some other way, like a deal? Inquiring minds need to know!

2) Tony tells the motorbike chick, who is half his age and who he is clearly sleeping with, that he had a romantic relationship with Rebecca years ago AFTER Michelle died. Which would mean that not only did Rebecca know Tony was alive all that time while working at CTU and somehow managed not to tip off his best friends Chloe and Jack, but she also either condoned or at least turned a blind eye to Tony’s activities with Emerson’s crew. Figure THAT one out! And they remain on friendly terms, it seems. I am definitely intrigued.

3) Does Tony strike you as the type to wear a cheesy gold chain with an open-collared shirt? Me neither. I approve of the black leather jacket, though.

4) Rebecca brought Tony in to torture someone, and I get they need an “in,” but am I wrong to say that torture was never really Tony’s bag? When he was Director of CTU LA, he had Richards to do his dirty work. Then again, he was also willing to let Jack suffer the effects of a bio-weapon in Season 7, and that’s pretty fuckin’ cold. Also, he is damaged, remember?

5) Tony seems particularly smarmy these days. He has a whole new set of smirking facial expressions for us to explore.

With an eye toward the larger picture, I think we need to acknowledge the very real possibility that Tony could die and his legacy could end with the first season of Legacy (sorry, I couldn’t resist that horrible play on words). Redeem him, then kill him. Give him the righteous hero’s death he never got the first time they killed him. If that’s where they’re going, it wouldn’t be the worst thing in the world, but it would break my heart for him to die without ever making things right with Jack.

I suppose I should wrap up for now so I can get this up just under the wire in time for the next episode airing tonight. If anyone is still out there, I’d love to hear from you in the comments!