If you watched the latest episode of Legacy with excitement about Tony Almeida and felt disappointed by the one short scene with him in it that seemed to wrap up his storyline in a neat little bow, you weren’t the only one! After watching the episode, my word for word reaction was, “That’s it? He wishes Rebecca well, and that’s all we get? What a fucking letdown.”

BUT. Apparently Tony’s role in the story isn’t over. SPOILER ALERT *** The trailer for next week suggests Keith will contact him and ask for his help in rescuing Rebecca after she surrenders herself in exchange for her husband. That could create an interesting character dynamic, and also many opportunities for Tony to put himself in harm’s way. EEK!!! ***

In any case, Tony’s return has been less than entirely fulfilling thus far for this hardcore Tony fan, but there is still more to come, so to quote Tony himself, I hope things work out.

Back to this week’s episode, the Godlike Moment for me was when Tony tells Rebecca he hopes things work out between her and John. He is obviously thinking about Michelle in that moment, and how things spectacularly did not work out for them. Even though I would definitely question whether Michelle would approve of Tony making his post-prison living doing enhanced interrogations off-the-books.

Which leads me to another question. At the end of Season 7, it is quite clear that Tony is extremely bitter, angry and disillusioned with the government. He is so consumed with a need for vengeance that he is willing to betray every ideal he once held dear, as well as his only true friends. He is quite willing to let Jack die in service of getting revenge. And yet, during this time he also had an intimate relationship with a highly placed government operative (Rebecca) and now seems totally fine with helping the government as a freelance contractor. He tells his girlfriend/minion (Sidra?) that it’s all about the money, but doing things only for the money is rather out of character for Tony, even considering what’s he’s been through with his time in prison and in solitary confinement. We’re still waiting for anything substantial regarding his character, circumstances and current motivation. GIVE US SOMETHING! I mean something besides more awesome smirks. 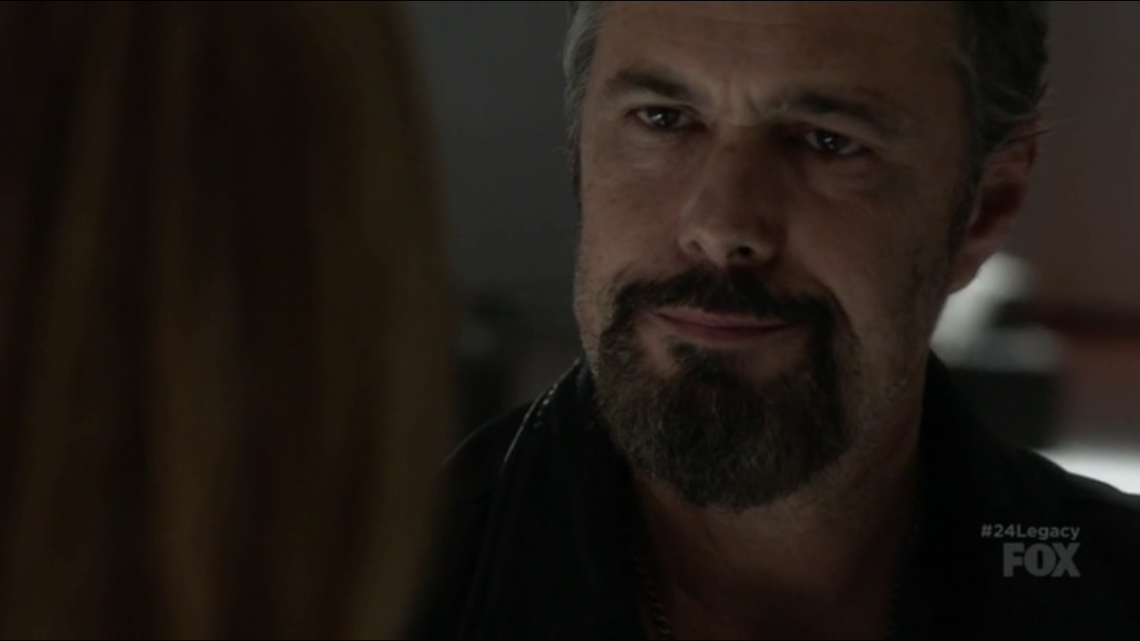