This episode suffered greatly from a lack of meaningful Tony. His role in the episode was largely perfunctory, and aside from his final scene where he screws with Henry Donovan by flying into a contrived rage to compel the man to talk, there isn’t a lot to discuss. As Avery noted in her comment on the previous post, there is still clearly plenty of anger in Tony (he did spend the better part of a decade in solitary confinement), though it seems that he is more in control of his emotions than the last time we saw him.

It remains unclear at this time where Tony’s character is going from here. His usefulness in extracting information from Henry is no longer relevant. I don’t think they’d bring him back just to write him out after 2 episodes of doing essentially nothing important or furthering his character and storyline at all, but then again after Season 5, I won’t rule anything out. I am hoping that perhaps there is some connection between Tony and this new bigger fish terrorist that has replaced Bin-Khalid as the next-level antagonist, thus prompting Rebecca to keep him in the loop. Time will tell …

In the meantime, I will leave with you with one more screencap of Tony smirking smarmily. 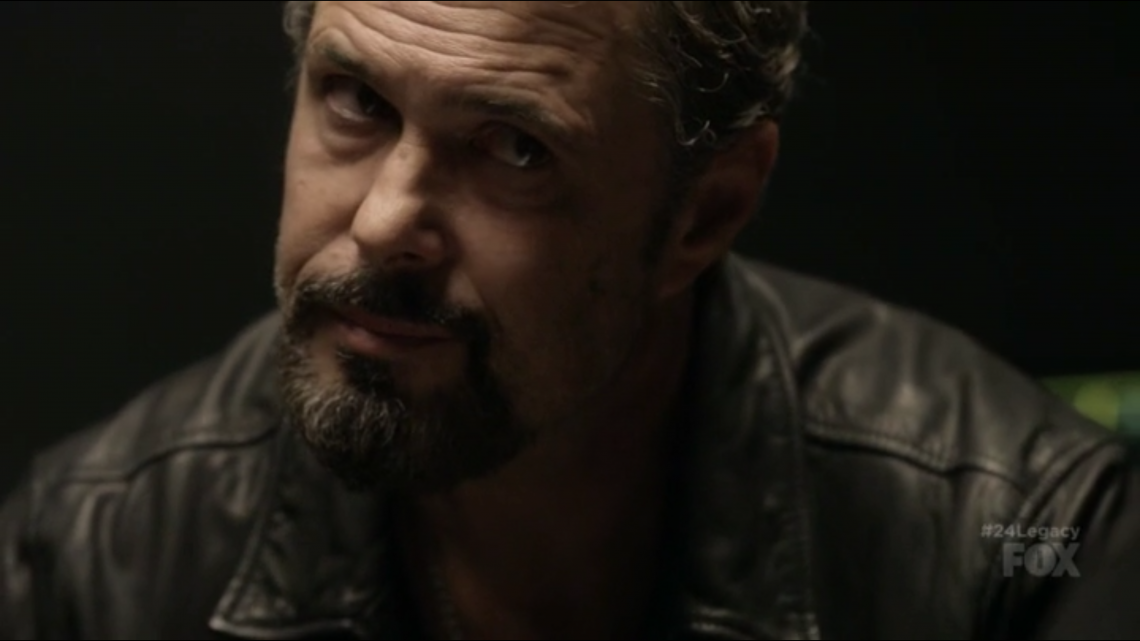