The 24: Live Another Day Blu-Ray set was released yesterday, including the 24: Solitary special feature — a 7-minute scene featuring Tony that clues us in on what’s been going on with our main man. It looks like FOX has been pretty diligent about scrubbing the footage in its entirety from YouTube and torrents, I assume in an effort to boost Blu-Ray sales by getting all of Tony’s numerous fans to go out and buy the box-set just so they can see this footage. I was able to view a copy, but I’m thinking it’s probably a bad idea to upload or post the full footage myself due to legal issues. For the time being, a 2:25 excerpt is still available on YouTube, so you can check out the sneak peek:

If you haven’t seen the footage yet and don’t want to be spoiled concerning what it contains until you’ve seen it for yourself, you should probably stop reading now. For those who need to know NOW, here is a summary of the action:

Tony is led in handcuffs and an orange jumpsuit into an interrogation room inside a federal prison. We learn that he was sentenced to life in solitary confinement for the crimes he committed during Season 7 — aiding and abetting terrorists, hijacking a plane, homicide (Larry, I’m assuming, but possibly others), and possession of WMDs. No idea how he managed to avoid the death penalty after all that, but glad he did. He has requested a re-evaluation of his security status. He wants to be let out of solitary into the general prison population in return for providing intel to the authorities on terrorist activities happening inside prison walls. The prison warden and a representative from DOJ are present, and they are skeptical.

When the prison warden asks him why he wants to become a snitch, Tony launches into what seems like a well-rehearsed speech about how after Michelle died, his need for revenge consumed him, but he now realizes that Michelle would have hated the man he became as much as he himself now hates that man and he wants to make up for all he’s done. He has accepted responsibility for his actions, and if he is able to save just one life outside prison walls by snitching on terrorists inside, he might become worthy of Michelle’s love once again. This all sounds good, but I am not actually convinced that he truly does feel remorse for his actions. I would like to believe that Tony has changed his ways and truly does feel remorse for what he’s done and wants to return to good and righteous Tony, but I also think prison would only have made him even harder and more bitter than before.

At this point, the DOJ rep whips out a transcript of a phone call between Tony and an unidentified third party from during his trial where he is threatening to murder the judge’s wife and kids “just to see how he likes it.” She puts on her thick, horn-rimmed reading glasses as she reads the transcript aloud. The warden denies Tony’s request and tells the guards to take him back to solitary. At this point, Tony seems to lose his shit in a fit of rage and he attacks both the warden and the DOJ rep, whom he strangles until the guards pull him off her and take him back to his cell. Once inside, the mournful strains of Sean Callery’s choir of angels reprise, as Tony sinks to the floor of his cell.

We cut back to the DOJ rep in the prison’s ladies room, seemingly shaken. She calls someone on her cell. “Is this a secure line?” she asks. “It’s secure,” an unidentified male voice responds. “Almeida nearly killed me!” she whispers angrily. “He had to make it look good. Did it work?” replies mystery man. “It worked,” says DOJ rep, “Almeida has the plans.”

Cut back again to Tony in his cell. He pulls out the very same reading glasses that DOJ rep put on while she was reading the transcript of the phone call. Tony clicks a button on the glasses and suddenly, something pops into the lenses. These aren’t reading glasses at all! They are super-spy micro-computer screens built into the lenses, and guess what they show … a detailed map with time codes that explain EXACTLY how Tony can escape from prison!

Almeida’s face twitches and an expression that is almost a smile crosses his face. Boop beep. 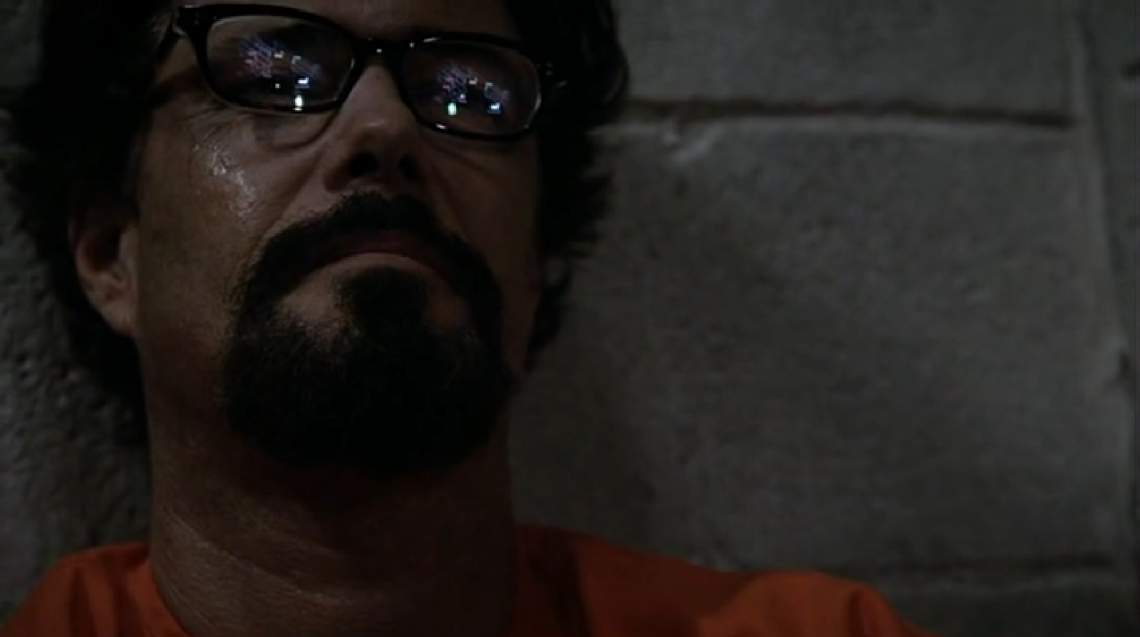 Almeida half-smiles, half-smirks as the escape plans pop up on the super secret spy glasses.

Mmmmmmmkayyyyyyyy … so … looks like the writers are setting Tony up to escape from prison or be out of prison in a new installment similar to 24:LAD! THIS MUST HAPPEN. If Tony escapes from prison and then goes and rescues Jack from the Russians and the two of them mend fences and team up to be badass brothers in arms again, I think my heart will burst with happiness. I totally think Jack should forgive Tony for all the shit that happened in S7 considering his own little revenge rampage at the end of S8. So what do ya’ll think this means? Let’s talk in the comments!